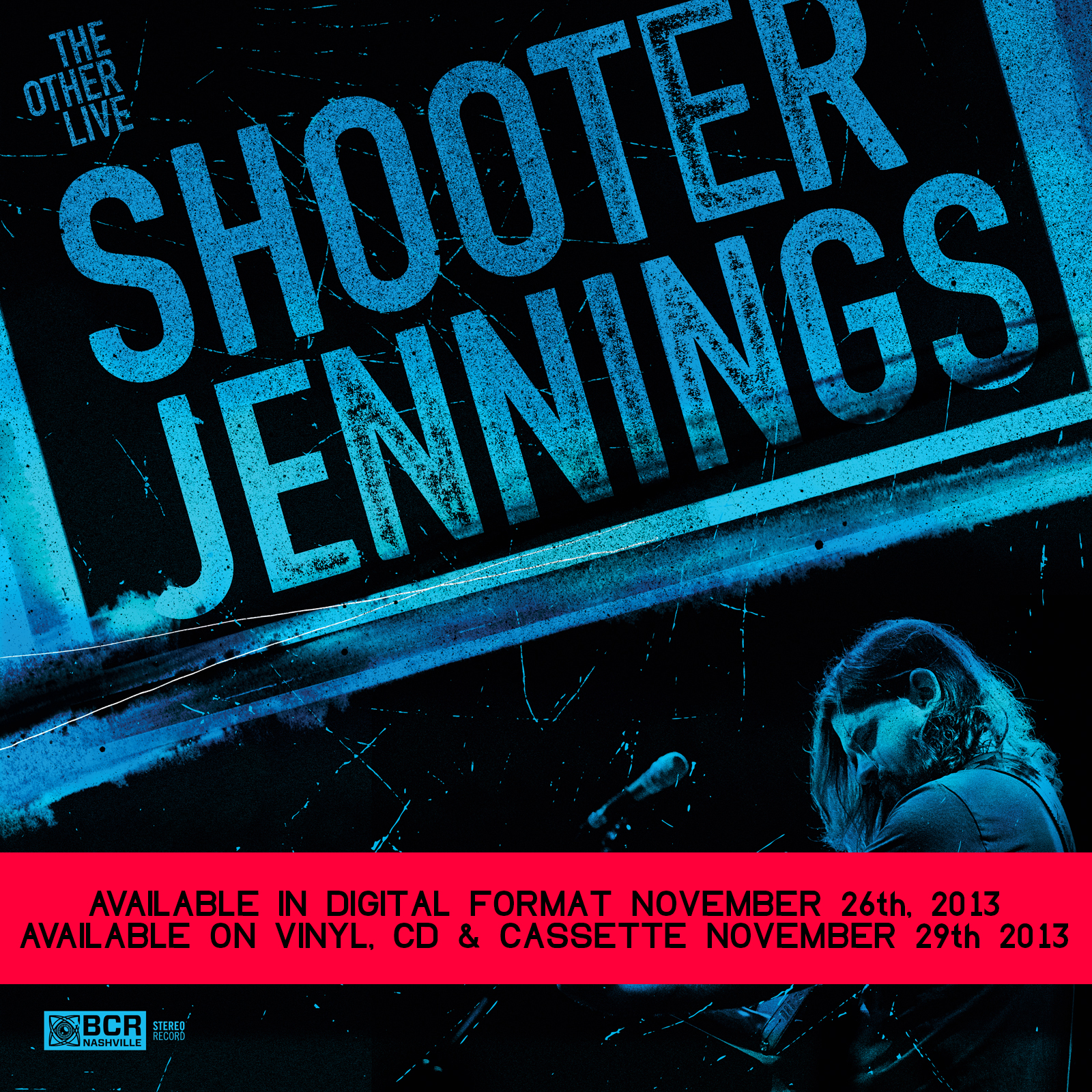 Recorded over the summer and fall of 2013, “The Other Live” is Shooter Jennings’ sophomore live album. This time he and his band find themselves honed, lock and loaded and in top form. An incredible performance from top to bottom, “The Other Live” really showcases Jennings’ entire career with songs spanning across his 6 expansive albums, as well as his growth with new songs and songs from his critically acclaimed 2010 concept album “Black Ribbons”.

Each version of “The Other Live” includes at least two songs unique-to-the-format chosen, and each translucent blue vinyl and cassette will come with an instant Apple Lossless download of that version, with unique songs included. If you want all the songs, you gotta buy all three versions.

8. The White Trash Song
9. Something in the Way
10. All of This Could Have Been Yours
11. The Gunslinger

Every Limited Edition translucent blue cassette version comes with an Apple Lossless download of the entire record as well.