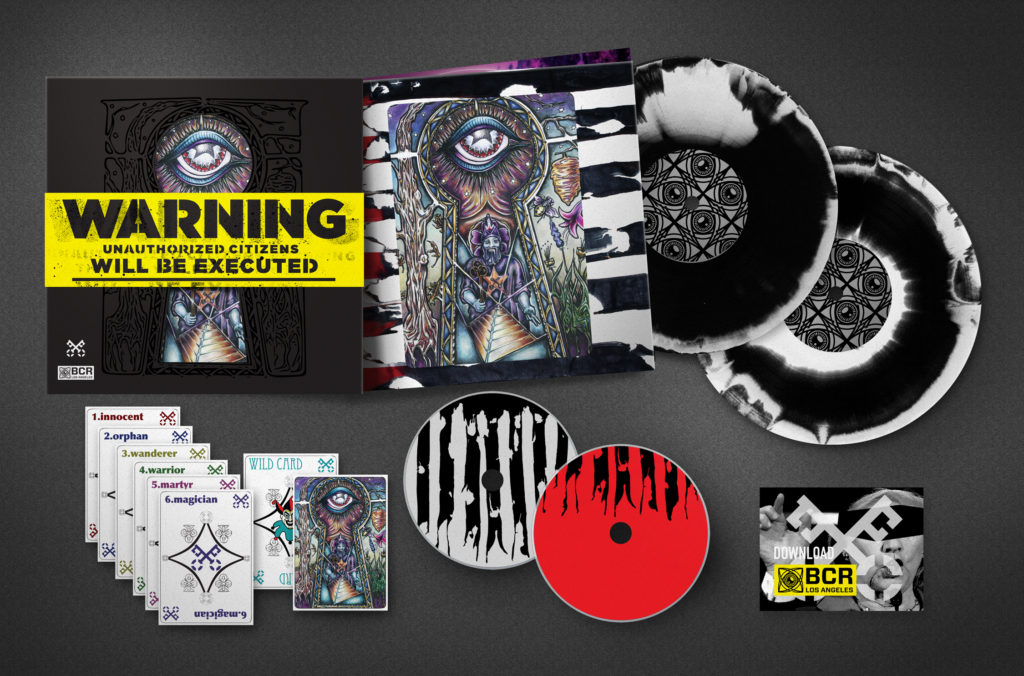 Shooter Jennings and BCR Los Angeles proudly announce the re-release of his 2010 album Black Ribbons in a limited-edition package that includes vinyl, cd and unreleased tracks. The reissue of the critically-acclaimed music comes in at the perfect time for the genre-breaking, dystopian concept album…Election Day , November 8, 2016.

Narrated by acclaimed horror author Stephen King, Black Ribbons is a concept album set in the near future, when the U.S. Government has control over the airwaves and a lone radio DJ vows to play the one band the authorities don’t want him to play. The album takes the listener on an incredible multi-genre, anti-establishment infused journey that brings you right back where the album was conceptualized – truth and awakening.

“On Black Ribbons, Jennings illustrates the despair that seems to be the zeitgeist now with dark, densely textured songs,” wrote Meredith Ochs in a review for npr music’s “All Things Considered” when the album was first released. “He borrows heavily from Pink Floyd, Jimi Hendrix, Led Zeppelin, The Allman Brothers and The Beatles circa Abbey Road.”

“Although his albums with his hard-edged alt-country band the .357s tested the boundaries of mainstream tastes, ’Black Ribbons’ has bypassed those limits entirely, crafting a darkly atmospheric rock concept album about the last voice of true freedom in the land, a freewheeling late-night talk-show DJ called Will O’; the Wisp, voiced by King,” wrote Randy Lewis in the LA Times.

Along with the re-release, Jennings announced a limited series entitled “Beyond The Black,” which takes music lovers song by song through the story of Black Ribbons and how the concepts and theories behind the project still ring true today.

Also, now available are the “Wake Up!” and “I Vote BCR” T-Shirts to help celebrate the new album! Only available at www.bcrmedia.com!