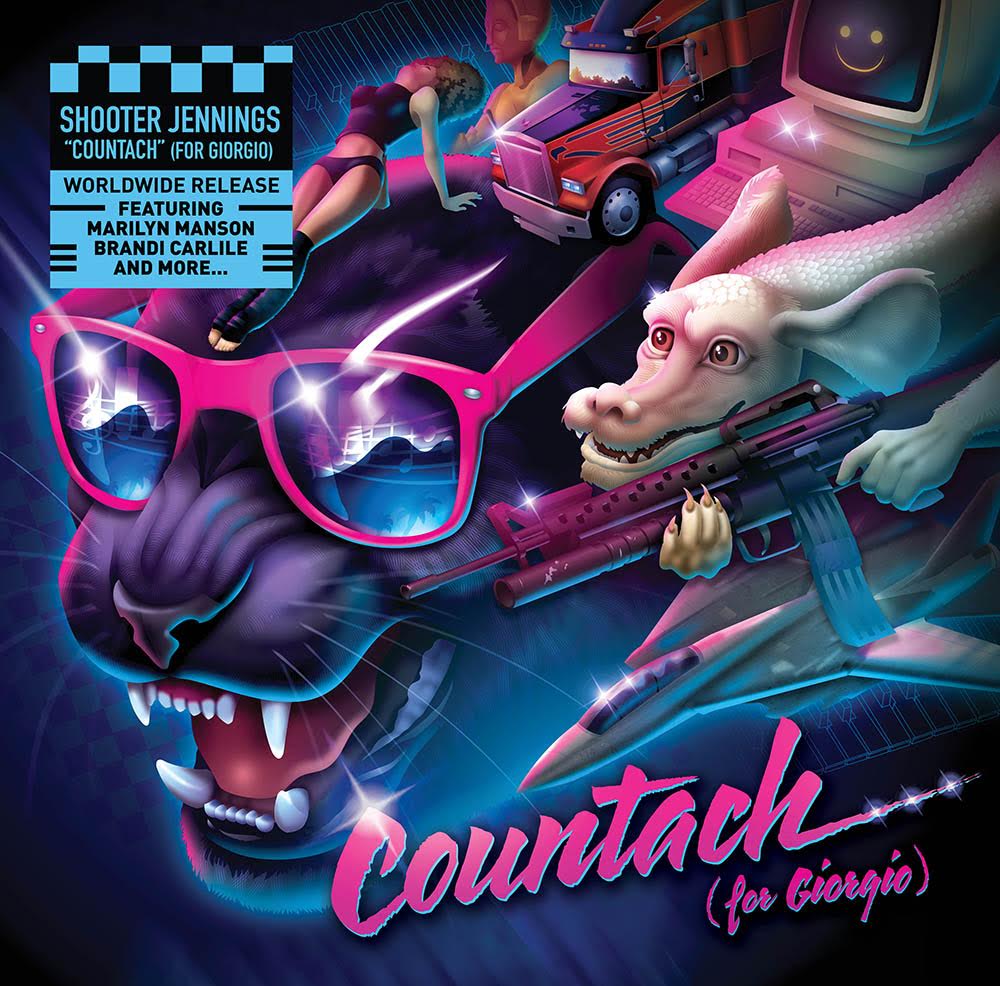 Shooter Jennings’ new album ‘Countach’ is to be released 2/26 on vinyl, 3/11 on all other formats. Pre-order it directly from us for only $17.00
BCR035 – Shooter Jennings – “Countach” – Shooter Jennings returns with his 7th studio LP with ‘Countach (for Giorgio)’.  In 2014 Shooter Released ‘Don’t Wait Up (for George)’, an EP paying tribute to George Jones, and at the same time announced ‘Countach’ his album comprised of songs composed or inspired by production pioneer Giorgio Moroder. But this is no tribute album. ‘Countach’ is a sound-collage-stye journey through 80’s and 90’s culture, innovative songwriting, genre-bending fiddle-meets-synthesizer soundscapes and a shrine to pioneers of books, bytes and beats. Printed on pink vinyl, ‘Countach’ features guest appearances from modern folk songstress Brandi Carlile, Antichrist Superstar Marilyn Manson, country-rock pioneer Steve Young and even Lord British himself, computer game leviathan Richard Garriott.
“Countach” will be available on vinyl, CD, digital, cassette, 8-track and cylinder formats on BCR Los Angeles and was produced by Shooter Jennings.
An early preview of “Countach”, as well as a vinyl giveaway will take place inside Richard Garriott’s masterpiece massive multiplayer online role-playing game ‘Shroud of the Avatar’.

2 comments on “Pre-Order Countach on Pink Vinyl today for only $17.00”