Shooter Jennings has launched the first of several Los Angeles area residencies titled “BCR Nights” at the Hollywood Blvd rock bar “Loaded” (6377 Hollywood Blvd) featuring many of his friends as acts.  The first night, launched on February 5th, featured Ted Russell Kamp, Jonathan Tyler (of the Northern Lights) and Ray Wylie Hubbard (filling in for a last minute bail-out by Lukas Nelson).  The night went off without a hitch though, with a huge audience who stayed for every note of the show with giant smiles on their faces.  The best part?  It only costs 10$ at the door. 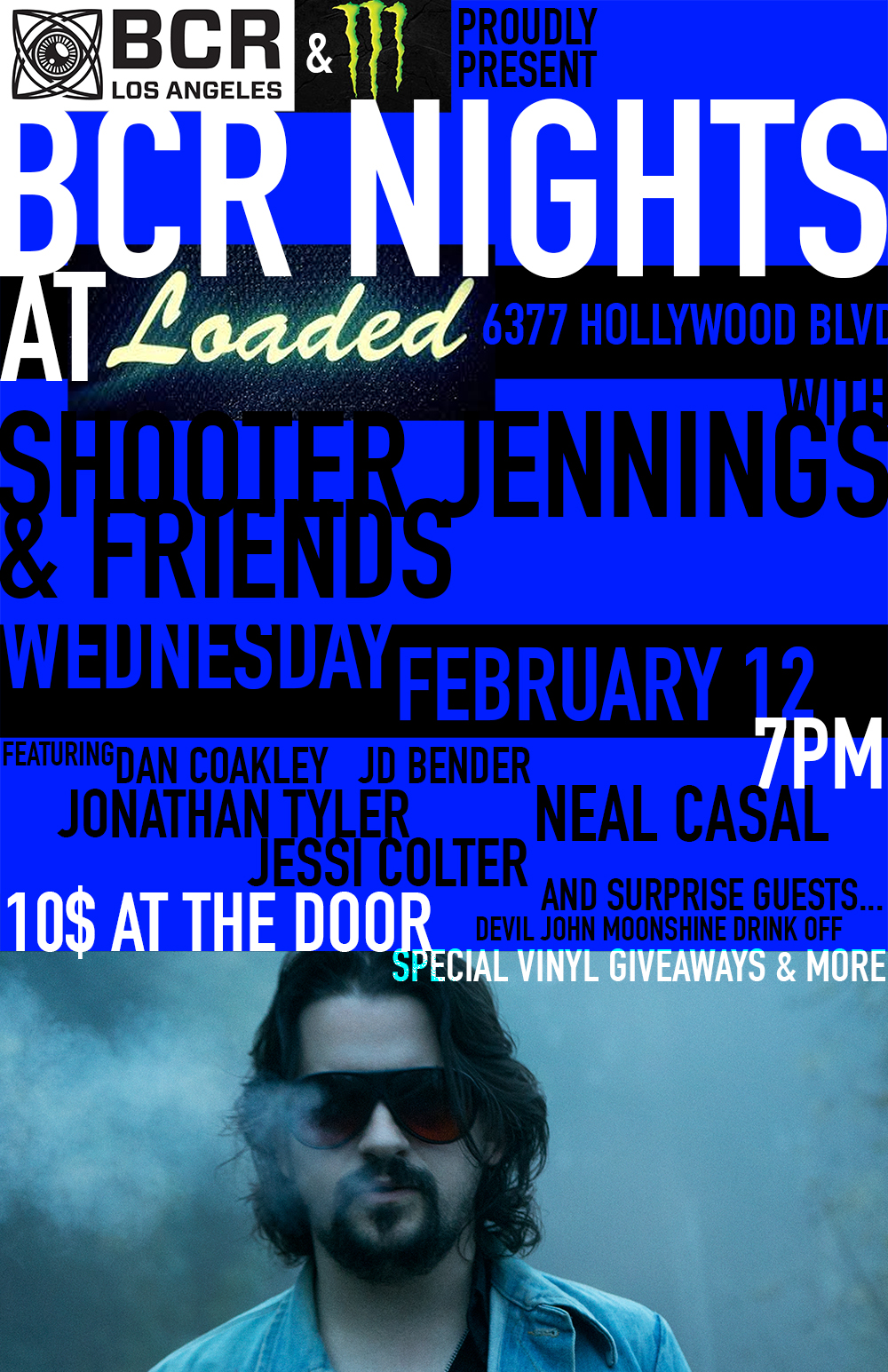 “I look at Los Angeles not as a dead scene, but a scene left open for the taking.  When I moved here nearly fifteen years ago there was so much music and entertainment happening and it just went by the wayside.  I’m determined to use BCR and take advantage of a blank palette.” said Shooter.  “We were able to give away nearly 16 free vinyl to folks who put their names on our email list, and next week [February 12th] we will be giving away free bottles of Devil John Moonshine.  I want people to remember that you can come out in your own town, celebrate the acts that live and work where you do, and get free shit!”

The third and final BCR Nights at Loaded will take place on Wednesday, February 19th is set to feature The Dogmen, Billy Don Burns, Billy Ray Cyrus, Jonathan Tyler, Shooter and more yet to be announced… plus an extremely unexpected closing act.  Don’t miss these folks, as each show is going to be totally different and there will be more BCR vinyl and Devil John Moonshine giveaways at each show!  Doors at 7pm, 10$ cover.  Tell your friends!