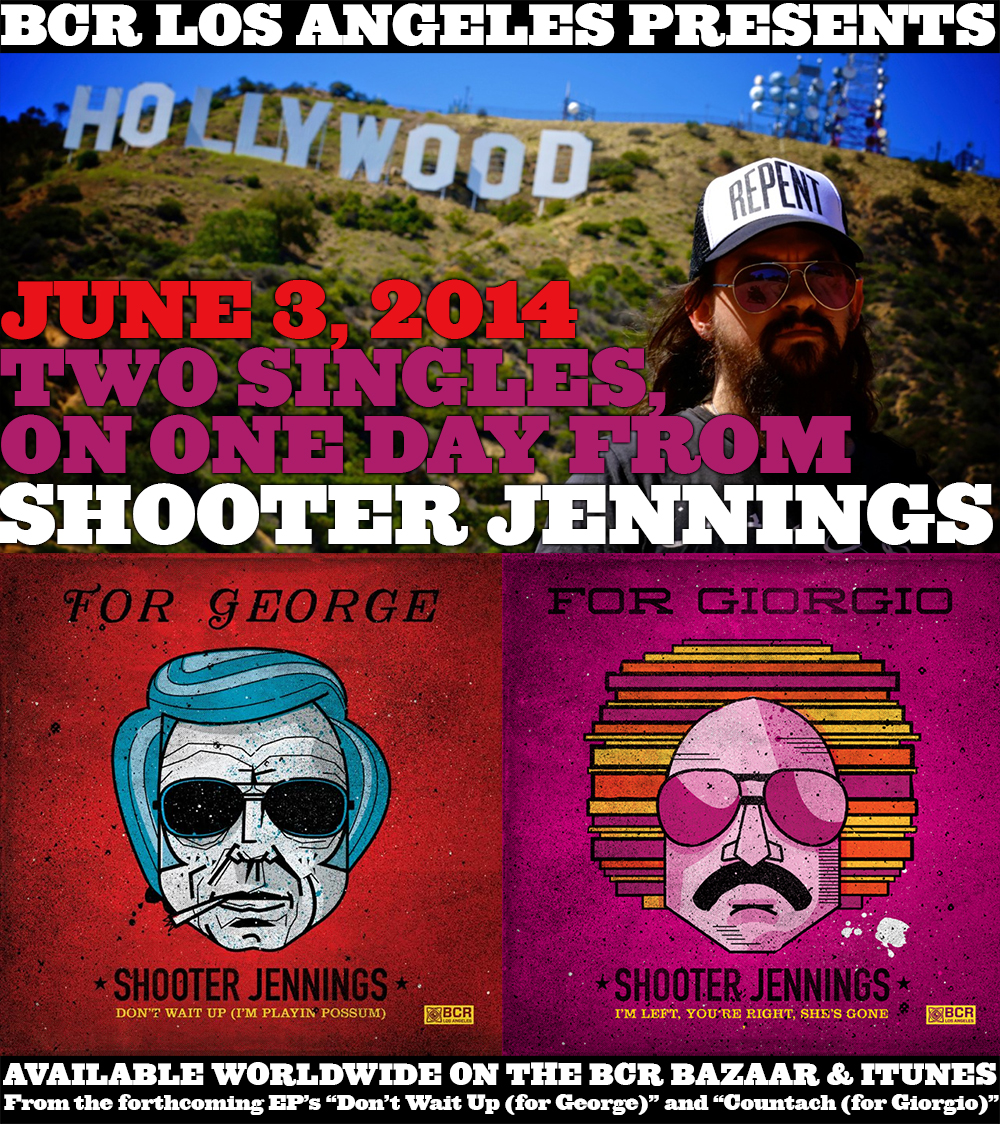 On June 3rd, Shooter Jennings will release two singles on one day[/caption]

BCR Los Angeles is proud to announce that it will release two digital singles in one day on June 3rd, 2014. Shooter Jennings has been hard at work on two EP’s to be released throughout 2014. One is a tribute to George Jones entitled “Don’t Wait Up (for George)” and the other is a tribute to 70’s electronic music pioneer and producer, Giorgio Moroder, which is titled “Countach (for Giorgio)”.

The two singles represent the first taste of both albums. The George single, “Don’t Wait Up (I’m Playin’ Possum)” is a Shooter Jennings original which he wrote for George’s next album, but unfortunately the greatest voice in country music passed away before cutting this final album. Moved by his friendship with Jones, Shooter decided to put out a heartfelt, yet experimental tribute in his honor. “Don’t Wait Up (for George)” the complete EP will be available worldwide in August on CD, 10″ White Vinyl and digital formats, including on our own digital distribution hub, . “Countach (for Giorgio)” will be available worldwide on CD, 10″ White Vinyl and all digital formats in November.