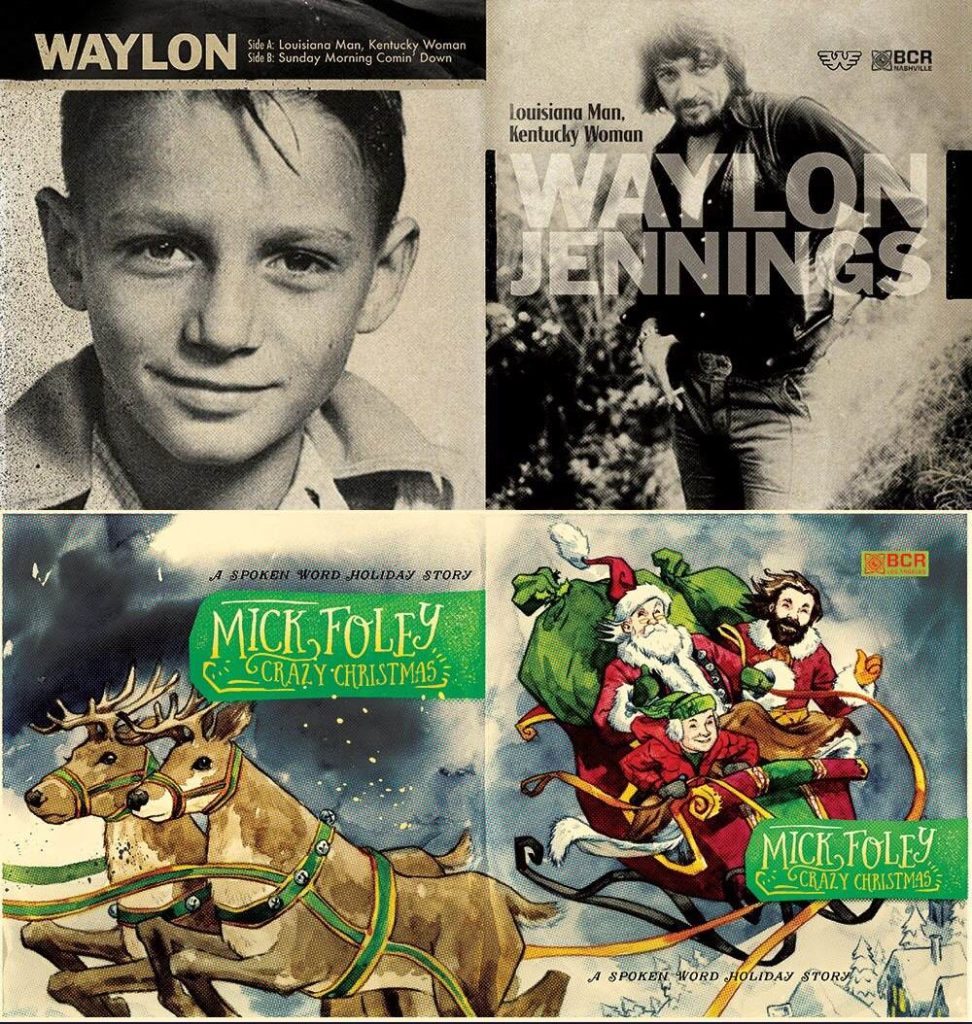 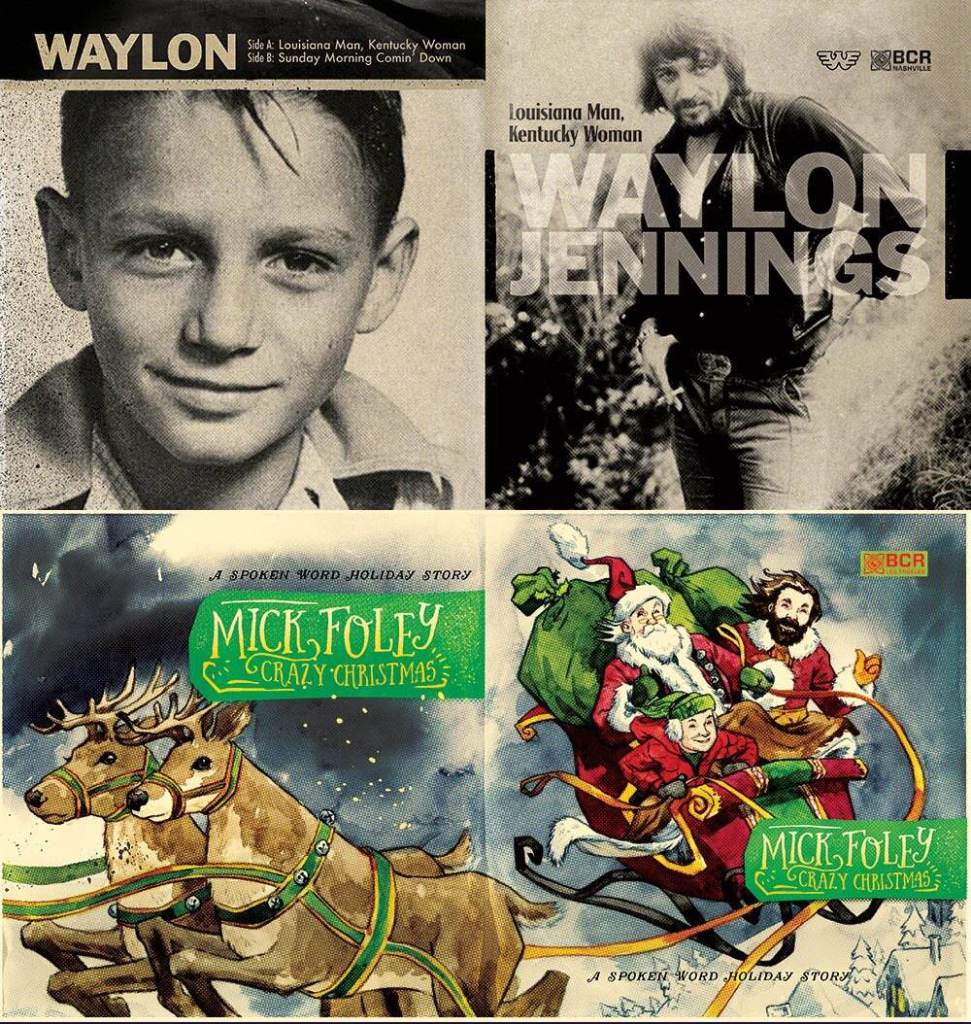 “Louisiana Man, Kentucky Woman” is a collection of three unreleased 70’s-era tracks from Waylon Jennings. Originally intended for an exclusive Navy radio release and recorded at Scotty Moore’s “Music City Records” – these tracks feature Jennings in top form being backed by The Waylors. Of undeniable interest to aficionados of country music and deep cuts, this release will be available on limited-edition white 7″ vinyl on Black Friday.

“Narrating ‘Crazy Christmas’, the story my youngest son wrote as a gift for Santa Claus, was one of the joys of my life.” Foley said. “We handed our special holiday project off to Shooter Jennings, who took it on a wild and charming ride. I hope this collaboration with Shooter brings listeners the same sense of joy it has brought to me.”

“Crazy Christmas” will be available on limited-edition white 7″ vinyl on Black Friday, as well as available on iTunes beginning December 9, 2014.

Black Country Rock is multi-format record label and a proud supporter of independent music, brick and mortar stores, tangible goods, and advanced technology. To find a record store near you that will be carrying these releases please visit RecordStoreDay.com